Seeking financial support until the end of your sexual abuse lawsuit? Tribeca Lawsuit Loans offers 100% risk-free, pre-settlement loans to assist plaintiffs with their day to day living costs. If you have an ongoing, Church/Clergy abuse, Boy Scouts of America sexual abuse, or any other kind of sexual abuse lawsuit, Tribeca Lawsuit Loans will support you until your lawsuit concludes and you have received the settlement payout.

Sexual abuse as a child leaves you scarred for life. With profound and permanent marks psychologically, emotionally and physically, these are one of the most difficult lawsuits to pursue for a plaintiff.

Financial Hardship During Your Trail

As survivors of sexual abuse, you will often have to deal with conflicting feelings of guilt, self-blame, and shame. While growing up, all sorts of emotional developmental difficulties will arise, leaving you exposed to not knowing how to deal with your emotions. Later on in life, you might struggle with trust and intimacy in your relationships or developing a negative-self image.

Even if you have gone through many years of therapy, starting a sexual abuse lawsuit, will not only bring back memories of the event but might leave you in an extremely fragile psychological state. Perhaps leaving you unable to cope with work, which results in you losing your job, leaving you in a financially dire situation. Not knowing how you are going to pay for your next month’s rent, let alone put food on the table. To prevent your electricity from being cut, or risk getting evicted, apply for a pre-settlement loan from Tribeca Lawsuit Loan and we will remove all the financial worries so you can focus on getting better, whilst waiting for you sexual abuse settlement to come in.

What Is Legal Funding?

Legal funding is financial help to cope with any daily or monthly living expenditures you might have, while you wait for a settlement from a lawsuit. Most people have been negatively impacted by an injury, whether it be physical, emotional or psychological, which entitles them to economic (financial) or non-economic (physical or emotional) damages.

For a lot of lawsuit battles, the financial balance is unfair, where a financially robust entity can keep a lawsuit going for years, filing motion after motion, bleeding you dry as it were. While all along you are struggling to get by as you are unable to work because of severe depression or other psychological issues which are common in sexual abuse case. You might feel pressured to accept a lower settlement as you can not afford to wait for years without being able to cover standard living costs. Legal lending companies are here to keep you afloat until your trial reaches the settlement that is sufficient compensation for the many years of damage the defendant has afflicted upon you.

Why are pre-settlement loans risk-free?

Pre-settlement loans that Tribeca Lawsuit Loans offers to plaintiffs of Church/Clergy Sexual abuse cases or, Boy Scouts of America Lawsuit are risk-free as they work on a no win no fee basis. This is because of the unconventional non-recourse nature of the pre-settlement loan set out in the terms and conditions. They directly imply that you are not expected to make any repayments until you have received the settlement from the defendant.

Will I have monthly repayments?

Classic loans have monthly repayment plans where over time you repay the interest and the principal, however, pre-settlement loans do not fall under this umbrella of financial products. These products are designed to help you financially for the entire life span of your sexual abuse lawsuit, so you can pay your bills and not worry about repayment. Pre-settlement loans are only settled once the sexual abuse settlement has been paid by the defendant.

Sexual abuse within the organization of the Boy Scouts of America or in a church environment by the church’s clergy, do not have a statute of limitations, just like all sexual abuse claims. Even decades after the abuse has taken place, a verbal testimony can be given. This is reflected in the age of the plaintiffs in a Boy Scouts of America Lawsuit case, where the age ranged between 43 and 81 years old. All of whom were sexually abused in the form of being touched inappropriately to raped multiple times.

As early as 1935 there were reports of sexual abuse within the Boy Scouts of America, with documents being released listing sexual offenders. From 1944 to 2016 the Boy Scouts saw 7,819 abusers leaving 12,254 innocent child victims. Former members filed lawsuits saying that the Boy Scouts of America did not put appropriate measures in place to protect the scouts from being sexually abused. They swept it under the table letting the abusers get away with it, by letting them resign or move within the organization quietly.

Only after the 1980s did insurers start to amend their policies surrounding child sexual abuse making it an exclusion, this was a direct change to reduce the liability to this issue which was widespread within the organization. However, a lot of policies that were made up before the 1980s do not have those exclusions, which led to a lot of sexual abuse claims. As a result of all these lawsuits, the Boy Scouts of America had to file for bankruptcy in February 2020. It is to be expected that this will start the biggest childhood sexual abuse settlements in the United States to date.

If you are one of the plaintiffs that have come forward since these recent developments and are struggling to pay your regular outgoings, Tribeca Lawsuit Loans offers pre-settlement loans to support you with living costs. You can rest assured all your bills will be paid until your trial concludes and you have received the settlement to compensate you for the devastating childhood sexual abuse you had to suffer through.

No two lawsuits are the same, especially Church/Clergy abuse, Boy Scouts of America abuse, or church abuse lawsuits. We understand that your claim is sensitive and Tribeca Lawsuit Loans has specialists who carefully deal with every case on an individual basis.

This is also reflected in many different types of the settlement awarded to the sexual abuse lawsuits:

How Long Will The Pre-settlement Loan Fund My Case For?

The pre-settlement loan will cover any expenses you might have from living costs to medical treatment expenses, etc, for however long it takes for your sexual lawsuit to reach a settlement.

What can I spend it on?

Do I Need a Lawyer?

Yes, you will need a lawyer. Your lawyer will be an important part of the application process. They will need to supply Tribeca Lawsuit Loans with all the relevant legal documents supporting your sexual abuse Church/Clergy claim or Boy Scouts of America Claim. They will be able to present us with the appropriate estimation of the damages you incurred and submit the legal theories supporting your fight for justice.

How Do I Start The Application Process?

It all starts with a phone call, the initial conversation allows us to seek your approval to liaison with your attorney directly and receive all the relevant information regarding your case, like evidence, legal theory and estimated damages. You can also fill out the online form and we will get in contact with you.

Does the Application Process Take a Long time?

When you have started the application, the length of your application process will depend on how quickly we get the relevant documentation from your attorney. Once we have everything we need, we can approve your pre-settlement loan and from the time of approval, we can send the cash advance to you within 24 hours. 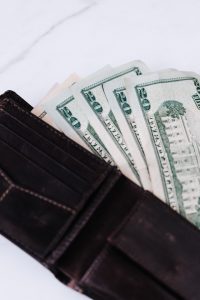 How Are Lawsuit Loans Different Than Traditional Bank loans?

Lawsuit Loans are also called pre-settlement loans, legal funding, or lawsuit funding. They are not actual loans in the regular sense of the word. Some 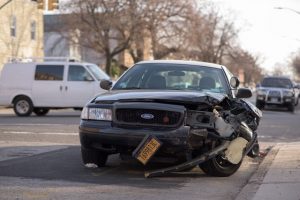 How Big of A Lawsuit Loan Can I Get For My Car Accident?

A Lawsuit Loan financier would generally fund your case, the value of which is determined by the settlement that is expected at the end of 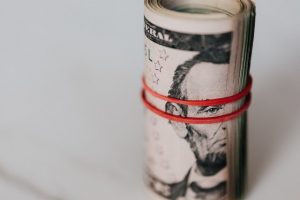 Can I Get More Than One Pre-settlement Loan?

It is possible in some cases to get another pre-settlement cash advance with Tribeca Lawsuit Loans.  Are you nearing the end of your lawsuit, or

Send Us A Message

The idea behind Tribeca Lawsuit Loans is that lawsuits can take time and patience. But not all plaintiffs can afford to wait around for the time it might take to win your case, then the appeal, and finally settle the case and get paid.

It Takes 3 easy steps TO APPLY

We’re here to help answer your questions. Lawsuit loan matters can be complicated, our experts are on hand to help inform you of every aspect regarding your case.